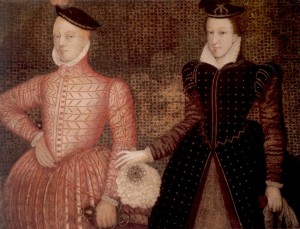 The historian of design Mario Praz reports that, when Darnley was ill at Kirk o’ Field, Mary Stuart had her bed moved to Holyrood, saying she would sleep there: that night, the house blew up. The assumption is she liked the bed well enough that she didn’t want to lose it, and had it moved, knowing the explosion was going to happen. (Moving your furniture with you was of course an old aristocratic tradition.)

Praz gives only an oblique source for this story — it appears to be either from Stefan Zweig or from Swinburne (or even Zweig quoting Swinburne?). Does anyone reading this know if the story has any foundation in fact?