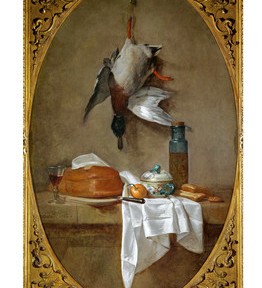 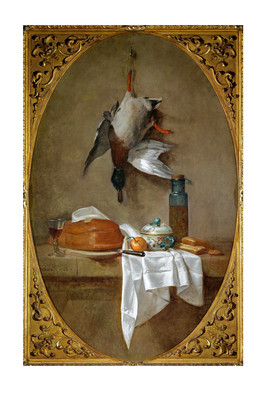 What makes the great novels great? There are as many answers to that question as there are novels. If you narrow the question to “What makes a historical novel great?” the answer that rises to the top is, probably, sense of place. Historical novels create new worlds in our minds, worlds where, even if we know the facts, we don’t know the feel. It is through this type of virtuosic specificity that Hilary Mantel’s “Wolf Hall” trilogy, now two-thirds complete, established for her readers a newly concrete notion of Tudor England.

Lawrence Norfolk takes a different route. “John Saturnall’s Feast” opens with an almost fairy-tale tone. Packhorses “creep” down the side of a valley, the reader’s distant perspective established by a simple verb. Leading the horses, “a tall figure leaned into the drizzle as if pulling them away from the dark village above.” In three sentences Mr. Norfolk sets out his stall: He will magnify this mysterious world for us, and he will, with an extraordinary use of ordinary language, make us see it not as a historical construct but as a place of wonder.

It is the 1630s and John Sandall is 11 years old. He has lived all his life on the edge of a tiny village in an isolated valley—on the margin of the margins—where his mother is admired and feared as the local wise-woman and midwife. When the village falls under the influence of a Puritan zealot, he and his mother snatch up their scanty valuables—her collecting bag for herbs and her single book—and retreat to Buccla’s Wood, which the locals fear to enter.

These woods are a remnant of a mythical past when “Saturnus’s people” lived and feasted in the valley as equals under Buccla, a beneficent female spirit who ruled after the Romans abandoned Britain. His mother informs John that they are in reality not Sandalls but Saturnalls, descendants of Saturnus and the keepers of the feast. John has powers to match his mother’s: He has merely to breathe in and odors “anchor themselves within him, their invisible trails fanning out around him.” We read of “wild garlic, mulched leaves, a fox den somewhere and a sweeter scent. Fruit blossom, he thought. Then that smell mystery was eclipsed by a larger one. A stranger scent hid among the blossom, sweet and resinous at once. Lilies, John thought, drawing the scent deeper. Lilies mixed with pitch.”

For the book’s first half, Mr. Norfolk’s use of child’s-eye view and lush, incantatory prose give the narrative a hushed air of magic, as though Frances Hodgson Burnett’s “The Secret Garden” were being recounted by the hero of Patrick Süskind’s “Perfume.” Then, like light through a crack in a wall, the real world breaks in on the boy’s enchanted castle.

John’s skill has gained him work in Buckland manor, home to the lord of the valley, where he is taken under the wing of the master cook. The king, Charles I, visits on the eve of the Civil War, and before long John’s master marches off to fight for his monarch, with the culinary staff trailing behind to service the field kitchens. The war is not recounted in any detail, but British readers only need the place-name “Naseby” to understand that the royalist army will be destroyed.

Here something curious happens. John Saturnall, as a child, lived through his senses. Yet in the second half of the book these senses are abandoned. A camp kitchen must be dense with smells—burning wood, raw and roasting meat, unwashed men and latrines, not to mention pus and blood and death. All this is absent. The descriptions become like soldiers’ temporary encampments, cursorily thrown up by the author and just as speedily torn back down.

Mr. Norfolk has previously published three dense, playful, highly arcane literary novels with multiple storylines. Now he appears to have set himself a new challenge: to tell one single, straightforward story dealing with the most essential human states.

Nowhere does Mr. Norfolk succeed as well as when he is at his most minimalist. When Puritan thugs threaten to cut off John’s hand because he had raised it against one of their own, the entire Buckland kitchen staff volunteers, one by one, “My hand too”—each claiming that it was he who had delivered the blow. This “I am Spartacus” moment could easily have become comic bombast, but Mr. Norfolk merely shows it, then cuts away. At the Battle of Naseby, King Charles’s doomed troops cry “For God and Queen Mary”; behind the lines, those men with no say in their own lives and deaths have a simpler, more heartfelt prayer: that they might live to eat “supper at Buckland.” With three plain words, Mr. Norfolk wrings your heart.