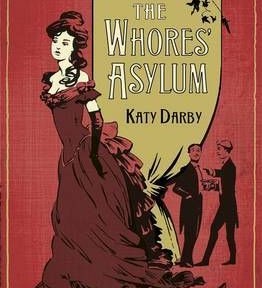 Historical novels look simple, but they are difficult to pull off. There is a contradiction built into the genre: they attempt to recreate the past so that we feel it is “now”, past and present simultaneously. A prose style that is too innately archaic (“prithee, fair maiden”) will lose readers; so, too, however, will anything too contemporary, as we halt to consider whether “roommate” or “consciousness” were words that existed at the time the novel is set. 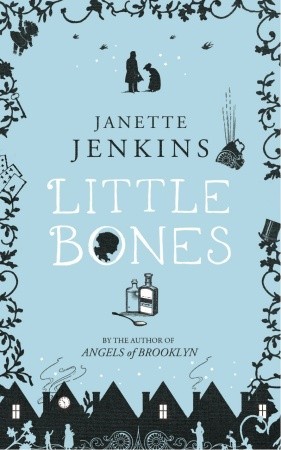 Janette Jenkins, in the most successful of the novels under review, avoids the problem in the most sensible manner. Hers is a smooth, vivid prose that is less concerned with period style than it is with writing well. She has a liking for odd similes – the sea “shivers over the pebbles, like eggs coming to the boil”, girls are “wrapped like onions” against the cold – and a splendidly dry, flat tone that highlights the intrinsic black comedy of being human, instead of the particularity’ of any period: “I’ve never seen the country. What’s it like?” “Well, it’s very wide and green”, says one character; “She can’t be on my conscience”, says another, tapping his forehead, “It’s standing room only up there”.

Jenkins’s restrained prose serves to highlight her baroque story all the better: Jane, the crippled child of feckless alcoholics, is abandoned first by her mother, then by her pretty, selfish sister, in their Covent Garden lodgings.

She is permitted to stay as a helper to “the doctor”, her landlady’s husband, who, it soon becomes clear, is an abortionist whose practice is almost entirely confined to the theatrical world. (“The Good Fairy Cockleshell in Robinson Crusoe has been taken very badly.”) The narrative moves efficiently between Jane’s past and present, and it is a mark of Jenkins’s skill that the cataclysmic event of the later part of the book is part of the smooth weave of the fabric she has created, rather than its raison d’etre, Little Bones is compelling not because it is a historical novel, but because it is a fine novel: the best kind of historical fiction. 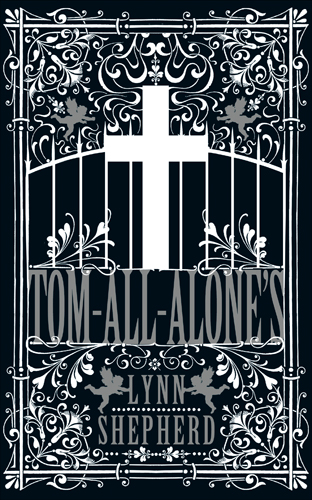 Tom-All-Alone’s by Lynn Shepherd sets out with a complicated family tree. The title, the name of the slum in Bleak House, alerts the reader to its Dickensian parent, but the image of the author making air quotes with her fingers is omnipresent, as characters and situations from literature are utilized – Wilkie Collins’s Woman in White, John Fowles’s French Lieutenant’s Woman – as well as history – elements of Jack die Ripper feature prominently – and real places in London, such as the Soane Museum. In fact, the experience can be more like completing a jigsaw puzzle than reading a novel. Which is a pity, as the sections which rely on Shepherd’s own imagination have great power. After the opening of Bleak House is reprinted, the novel reopens with Charles Maddox in his lodgings.

Once a policeman, he has been sacked for questioning his superior, Inspector Bucket. He has only one case, to find any trace of a woman, pregnant and unmarried, who was turned out by her family, and gave birth in a workhouse before dying. Her father, remorseful several decades too late, is now intent on finding her child, and Maddox, without much hope, is going through the motions. Then he is hired by the lawyer Tulkinghorn to find out who is sending threatening letters to his client. A second narrative is Hester’s, who lives at Solitary House with her guardian Mr Jarvis. Maddox’s story is narrated by a present-day omniscient narrator, who gives a running commentary on the action: “A modern neurologist would say he had unusually well-developed spatial cognition…”. If the narrator knows everything, why are clues only being dropped in dribs and drabs? We are not following the characters as they discover things, but are having information purposefully withheld, which can become an irritation.

In Bleak House, Dickens carefully suggests Tulkinghorn’s dark side without providing any solid information about it, making his evil plausible. Shepherd, by contrast, revels in melodrama, and has her characters gasp at his turpitude (“You show neither pity, nor compunction, nor hesitation”). Maddox himself, who is the least reliant on fictional predecessors, is much more realistic, and the domestic scenes, with his half-demented, retired-thief-taker uncle, seem bathed in a white, clear light; the characters have independent life, and one wants more of these scenes. It appears that Shepherd plans a series of novels with this character – the title page announces “A Charles Maddox Mystery”. If we get more Maddox, and less pastiche, it promises well. 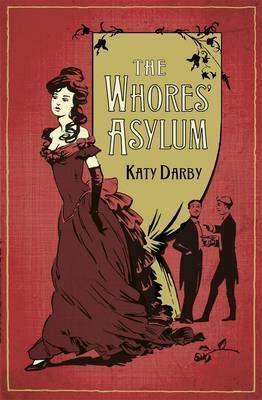 Katy Darby has gone for literature, too, in The Whores’ Asylum, by depending on generic period conventions. The book begins and ends with pastiche documentation, as though from the editor of the manuscript that follows, which tells of Edward Fraser and Stephen Chapman, a retiring theology student and a friendly medical researcher at Oxford in the 1880s. Chapman becomes consulting physician to the mysterious Mrs Pelham’s house for fallen women, to Fraser’s prudish horror: he works to break up Chapman’s relationship with her, as he had once broken up another university friend’s relationship, with disastrous results. Fraser is an unreliable narrator, but he seems to have no self-awareness at all, which dooms him to repeat his disastrous actions, to the reader’s exasperation.

At roughly the halfway point, however, the book switches to penny-dreadful territory as the melodramatic incidents, and language, pile up: Mrs Pelham is “a curse. One man has died because of her. The other – well, look at me!” There is a duel, an abduction, women held captive, a Hell-Fire-ish, sadomasochistic sex club, and more. Darby’s prose is a handicap. All her characters (the book is narrated by several of them in turn) speak the same purple-ese: “I was left alone with no company save an empty bottle, a ravaged heart, and the vengeful devil who had made his home in my soul”. Because of this, the improbability of the whole exercise looms in a way it might not if the story had swept the reader along. There is a suicide note that extends to over eighty printed pages, and includes both dialogue and flashbacks. The author appears to have little sense of how people in her chosen period behaved (a would-be clergyman is shocked when a woman fails to attend a duel, and himself acts as a second), or spoke (a middle-class woman uses “God!” as an exclamation).

One wonders how this book was constructed, since phrases or paragraphs routinely contradict each other: the same narrator who is shocked when someone doesn’t show- up to watch a duel immediately afterwards denigrates those who do as “prurient”; a fire burns coal in one paragraph, wood in the next; the doctor plans a physical examination of his injured fiancée, and then worries about the propriety of sitting alone in a room with her. And, finally, he runs away from her, leaving her without a word, “for I wanted her to think of me kindly. As everyone does when they’ve been abandoned. Some of this could have been prevented by a firmer editorial hand. (All three of these books seem to have had sleepy editors or proofreaders: in Little Bones, someone is “leant” a bed, and another character has to fend off “hoards” of admirers; in Tom-All-Alone’s, a response “seems to douse hot oil on Charles’ dry fury”.) Great historical novelists get the details right – Hilary Mantel, for example, whether in her pitch-perfect The Giant, O’Brien, or in her more famous Wolf Hall – but they also leave the details behind them. A Place of Greater Safety is a great novel not because Mantel knows the name of Danton’s milkman, or how affidavits were stored (although she does), but because she makes us breathe the characters’ air and inhabit their minds, by creating compelling and complete worlds. Peter Carey’s Jack Maggs is a great novel not because he knows about Dickens’s attempts at mesmerism, or the minutiae of Great Expectations (ditto), but because he makes us believe in a silly, flighty young novelist who wreaks havoc among people he allows us to care for. What happens to them matters. In this sense, all novelists are historical novelists: all times have their own smell, feel, emotions, and it is the novelist’s job to make us live their characters’ lives, whether they are wearing Armani, crinolines, or woad.