Robert Hughes: The art critic with a dash of the streetfighter 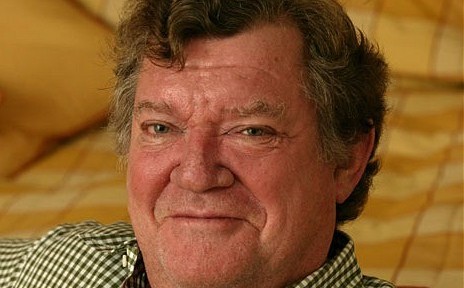 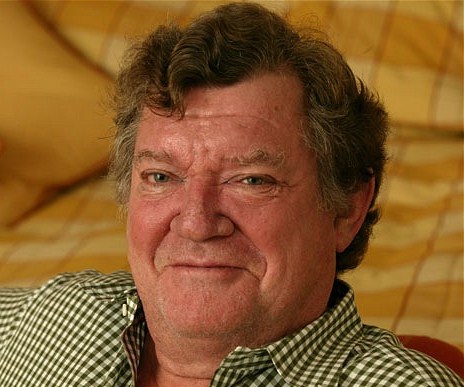 The passing of Gore Vidal and Robert Hughes within days of each other feels like the death of the Titans. Both were masters of the epigrammatic put-down, but while Vidal presented himself as the last aristocrat, Hughes’s image was that of a street-brawler, a thug. (His love of motorbikes, and his penchant for being photographed in leather jackets added to the persona.)

The Shock of the New, his television series and book, which traced modernism from the Impressionists to Andy Warhol, made him the only art critic even non-specialists might have heard of. But it was not the subject matter, it was how he approached it: he had no patience with restraint, or charm. He admired artists who wrestled, as he did, with questions of purpose, of ethics, of art as morality – and it was expressed in a hold-on-to-your-hats, take-no-prisoners style.

Hughes loved – liking was too sterile for him – such artists as Lucian Freud: Freud, he wrote, “takes nothing for granted and demands active engagement from the viewer”. Hughes, too, demanded active engagement. If you weren’t willing to fight it out, he wasn’t interested. This made him thrilling to read. It was exhilarating to watch him lash out, devastating the wastrels and slackers. An essay on Jean-Michel Basquiat was entitled “Requiem for a Featherweight”, while Julian Schnabel’s work – or was it Schnabel himself? – was dismissed as a Sylvester Stallone-like “lurching display of oily pectorals”.

This was enormous fun. It could also be destructive. The positive was that Hughes cared, deeply, passionately, and he was able to make his readers care too. Cézanne was his hero, the artist who created an art based on “the idea that doubt could be heroic”. Doubt is heroic, but Hughes had none himself. And in a way that corrupted him, because instead of writing great criticism to enable his readers to see better, to understand better, he began to write criticism to enable his readers to see that Robert Hughes was right.

Being a critic nowadays, he once said, was more “like being a piano-player in a whorehouse; you don’t have any control over the action going on upstairs”. This remark was both very funny and very revealing. For since when did critics have any “control” over the “action”? It is artists who have always been in control. A critic is merely a facilitator. A great critic – and Hughes on form was a very great critic indeed – is just like the man in the petrol-station who cleans the car’s windscreen. At his best, Hughes knew this. Curiosity in an artist was what he loved, and no one described better the work of artists who ventured, failed, who tried again and, in Samuel Beckett’s phrase, succeeded in failing better. As they did, Hughes was standing right there, making sure we could see it happen.

Early modernism, the art of the early 19th century, was filled with “ebullience, idealism, confidence”, and those qualities were what Hughes’s own writing conveyed so vividly. He had little interest in theory, which made him a welcome (if secret) relief to specialists, and a joy and delight to the general art-lover. Yet he had no tolerance at all for the un-nuanced – or, as he would have described it bluntly, the ignorant. You could trust your gut response, he told us, but only if your gut had been fed for decades, as his had, on a steady diet of looking at, and thinking about, art.

It might be that Hughes, Australian-born but a US resident for much of his adult life, found his perfect subject in American Visions, which starts when “the New World really was new”, at least to its conquerors and settlers, then goes on to explore the usually overlooked genre of social-utopian folk-art in the early 19th century, and yet ends, in bitterness for Hughes, with Andres Serrano’s notorious Piss Christ of 1987.

And maybe that is the clue. Hughes was, ultimately, an American in spirit, searching for that lost sense of manifest destiny, reading the art world as a morality tale, a replication of the fall of man, chafing restlessly as art stopped being about heroic struggle and became instead an entry to the market for buying and selling commodities. He yearned to recreate that “American power to make things up as you go along”.

He was, in fact, the 20th century’s Huck Finn, the great American archetype, who, at the end of his adventures, bids his readers farewell: “I reckon I got to light out for the territory ahead of the rest, because Aunt Sally she’s going to adopt me and sivilize me, and I can’t stand it. I been there before.”

The Hughes of the thuggish put-down never mattered. Instead it is the Hughes who is constantly searching for new worlds, the writer who through his lucid, lambent prose carries us, oh so joyously, with him, who will survive, and be treasured.