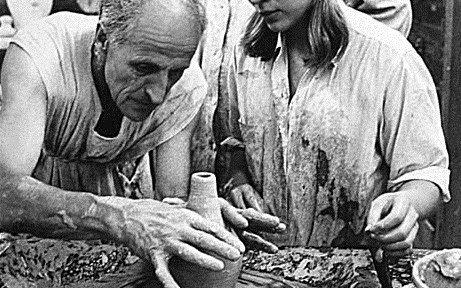 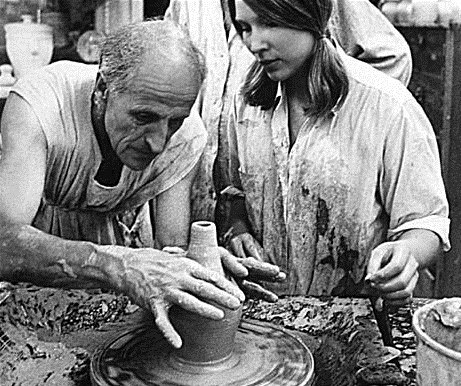 Michael Cardew, one of the great studio potters of the 20th century, was a man of doubleness. He was born into the heart of upper-middle-class establishment Edwardian England – a great-grandfather had been Lord Chancellor, a grandfather the Dean of Winchester, and he was related to soldiers, lawyers and diplomats (and Kim Philby, as well as Montgomery of Alamein). His mother was one of Lewis Carroll’s favourite child-models, his father had known Oscar Wilde.

Living in poverty, working at a craft rather than a profession – these were things that were a matter of pride: as much for what he had given up as for what he had gained. Similarly doubled, he married young and fathered three children, yet while never divorcing, his lifetime of emotional engagement was with a series of young men.

His father had collected slip-decorated pottery made by Edwin Beer Fishley, a noted north Devon craftsman: slipware was, he believed, “warm and kind and generous”, and he learnt to throw from Fishley’s grandson. Even before he left Oxford, he had sought out Bernard Leach, who had just moved into his new home in St Ives. Leach couldn’t pay him, but his youth and enthusiasm won him a place in the new studio, where he met a series of not-yet famous names: Katharine Pleydell-Bouverie, Norah Braden, Shoji Hamada, and William Staite Murray.

Studio pottery in the Twenties was a new movement with a spiritual element, one that Cardew embraced: the making was as important – more important – than the finished product. In 1926, Cardew established his own pottery, in Winchcombe, in Gloucestershire, where he hoped to put his beliefs into practice, creating works of culture as well as of skill, statements of belief as much as clay-based items. Yet here too he was doubleness personified: the idea of pottery for display rather than utility was anathema to him, and yet he was creating a very personal artistic vision. He was searching for the ordinary, even as he was forging a highly individualistic – and privileged – path.

The individualism prodded him to leave the comfortable Cotswolds for a bleak site in north Cornwall, and then, in wartime, to the Gold Coast (now Ghana), and later to Nigeria. There too his doubleness was on display: as a colonial servant appalled by the ideas of empire that were being imposed on indigenous populations; as a teacher who, over a quarter of a century in West Africa, failed to establish functioning programmes or train protégés to a level that they would be able to forge their own careers.

One problem was his adherence to the mystic over the practical. It was not until he reached his early fifties that he finally buckled down and studied ceramic technology.

Later in life he wrote a magisterial summation of his career and beliefs, Pioneer Pottery, which won many admirers, and more than a handful of acolytes, who surrounded him in his new role of performer-magus, as he toured university campuses abroad, preaching his ideas of the intellectual’s pastoral life and demonstrating his throwing skills. Yet his “technological romanticism” demanded primitive living conditions, and an extreme level of deprivation for himself and his family and admirers: a failure to accept those living conditions was understood as a triple failure: of intelligence, of will, and of artistry.

Tanya Harrod, with an encyclopedic knowledge of craft, has spent a decade immersed in her subject’s life, and her command is obvious. Quiet, gentle and elegantly written, The Last Sane Man nevertheless pulls no punches. Cardew left a lifetime trail of damage behind him, among family, friends and students. He was, as Harrod shows, hugely personally charismatic yet was selfish, self-absorbed and had the egotistical pleasured self-regard of a toddler.

But at the end of the day, there is his pottery. An amalgam of historical influences (particularly in the early days Byzantine and Greek), of north Devon slipware, of Ghanaian shapes and Eastern brushstrokes, his work is never to be mistaken for that of any other potter.

Cardew’s idiosyncrasies as a teacher, as well as the austerity of his vision, ensured that he could not be followed. His work has therefore often been elided in histories of the craft. It is good to be reminded in this fine biography precisely how good it really was.