What your mother never told you. 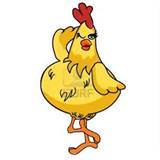 I had a recipe published in the Guardian yesterday. The Graun cut out all my footnotes, for space reasons I presume. I hadn’t realized how many chicken-soup enthusiasts there were out there, and there have been lots of additional queries. So in the hope that the footnotes will solve some of those problems, here is the recipe in full.

1 large bunch dill (and by large I do not mean the weedy few twigs you get from the supermarket: if you are buying from there, you need at least 2 of their bunches)

1 bayleaf (ditto on the heresy front)

You must start this the day before you need the soup. It makes 6-10 servings, depending on the size of the chicken. If your children finally come to visit, it can be stretched. If they don’t, well, you have the makings of the traditional Jewish joke to hand.

Wash the chicken[4], carcass and giblets and put in a stockpot, add enough cold water to cover both the chicken and the vegetables which you will put in later. Put the lid on and bring to a gentle simmer.

The vegetables don’t need to be peeled (if they are organic), but just scrubbed, and left whole, except the swede, which will be too big for your pot, so chop into quarters. (Obviously, if any of the other vegetables are too big, chopping them up isn’t going to hurt – except for the tomato, which must be left whole – but don’t make them too small, as then the end bit is a chore.)

Allow to simmer very gently (only the odd bubble should rise to the surface) for 3 hours or more. It is best to use a heat diffuser if you have one, as the very low simmer is hard to maintain otherwise. Do not let the soup boil: if it does it will become cloudy.

After 3-4 hours, the chicken should disintegrate when you lift it up with a spoon. Take it off the heat, and separate out the stock from the solids.[5]

Strain the liquid to remove any random bits of meat etc., salt to taste, then put the soup in the fridge overnight. (This is very important.)[6] In the morning, a layer of fat will have formed on the surface, which can be removed with a spoon or skimmer. (If you have really done well, the soup itself will be almost jelly: the sign of what Jews call ‘Good strong soup’.)

Remove the fat, then ladle the soup into another bowl/container: there will be a layer of sediment at the bottom of the bowl which needs to be thrown away, so be careful as you get towards the bottom. (If you need every last drop, you can pour the broth through a strainer lined with kitchen paper, which will get rid of the sediment.)

The soup can then be used, or frozen. I am told, if freezer space is at a premium, you can boil the soup down hard, and freeze the ‘essence’ in ice-cube trays, reconstituting it with water when you need it. I have never tried this, and think that it might make the broth bitter.

And there you go, you are now a certified member of the Jewish Housewives League. All you have to do is follow the above directions, and never, never, NEVER add any other ingredients. Those who tell you to add garlic, potatoes, spices, God-knows-what, are heathens and are leading you astray.

[1] You can use just a regular chicken, but the soup will not be as strong or meaty. If you do have to use a regular chicken, I recommend buying either an extra carcass, or 6-10 chicken wings, and throwing them in as well. Also, I usually ask the butcher to cut the chicken into 4, to make it easier to fit into the pot.

[2] Many cooks say not to include the livers in the soup, as they make it cloudy. I have never actually noticed a difference, and just put them in or not depending on how many packs of giblets I’ve got.

[3] If you haven’t got a particularly good chicken (i.e. you have a watery supermarket one), then wash the skin of the onion, and add it to the soup with the vegetables: this will make the soup a better yellow, although it won’t add to the taste (and you will have to strain it carefully, as little bits of peel will lurk).

[4] The proper way to deal with the chicken is to remove carefully all the stray pin feathers, then hold the chicken parts over the gas on the cooker, to burn off the tiny feathers you can’t see. I never do this, but it is considered the hygienic thing to do.

[5] If you have used a boiling fowl, the meat is no good for anything except giving to a neighbour’s dog; if you used a regular chicken, you can make chicken salad or something with the meat. I throw out the herbs, then purée the rest of the vegetables, and the next day use some of the stock to thin it, making a vegetable soup known in my family as ‘Garbage Soup’.

[6] If you haven’t given yourself enough time, you can de-fat the soup by using kitchen paper, skimming it across the surface of the soup. I never do this if I can possibly avoid it: it is incredibly messy and disgusting, and leaves much more fat than the overnight method.

About inspectorbucket
Onegin, Royal Ballet   Ticket, Brandy, Pistol: All you need on the first Tube ride