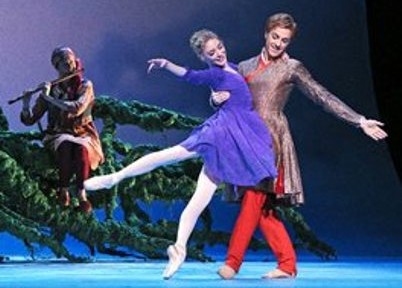 Choreography may be the most difficult of all performing-art forms. The dance-lover is all too aware that the standard theatre or opera repertoires contain thousands of works. Dance, by contrast, has a repertoire that numbers only in the hundreds, and most companies commonly draw on only dozens of works.

For England’s three largest ballet companies to produce new pieces within months of each other, therefore, is unusual. That the works come from four of the most artistically acclaimed choreographers is exciting. That all four men (as usual, they are once again all men) have produced top-quality work is cause for celebration, and more than a little relief.

Christopher Wheeldon has seemed to be artistically stalled for some time. The abstract one-act pieces with which he first made his name two decades ago have become increasingly difficult to differentiate. His first narrative piece, Alice in Wonderland, for the Royal Ballet in 2011, fell between stools, insufficiently dramatic, and also without much choreographic invention. Three years on, however, it appears that Wheeldon has suddenly, with brio, taken a huge artistic step forward.

With the same creative team as Alice (design by Bob Crowley, music composed by Joby Talbot, lighting by Natasha Katz), Wheeldon has taken The Winter’s Tale, a story apparently as intractably word-based as Alice, and dazzlingly rendered it into movement as shape-shifting and ambiguous as Shakespeare’s original. Here the dance-language is as firmly divided as Shakespeare’s division of Sicily and Bohemia, Sicily being expressionism; Bohemia, classical joy. Leontes (the first cast’s Edward Watson, doing his Mayerling / Metamorphosis routine once too often, was surpassed by the second evening’s Bennet Gartside, in a more nuanced performance) is a creature of writhing, crawling jealousy; Paulina (the astonishing Zenaida Yanowsky in the role of her career, deftly stealing every scene in which she appears) is the rigorously upright moral centre, her duty to her queen and the truth overriding her anguish at the deceit they require. Then Wheeldon places the forthright movement of Antigonus (Bennet Gartside) to bridge the gap between this world of intense emotionality, and Bohemia’s simpler pastoral, where Florizel (Steven McRae) and Perdita (Sarah Lamb’s more contained first cast performance again surpassed by Beatriz Stix-Brunell’s charmingly seductive second night) frolic winsomely together with a lovely pair of shepherds. (The “bear” that pursues Antigonus is ingeniously incorporated into a giant wave in the storm that strands the pair on Bohemia’s shores, although on first viewing it appeared only to be visible from some parts of the house.)

Wheeldon’s choreographic division is marked well by Crowley: the Sicilian court, apart from a Caspar David Friedrich blow-up to reference Romantic angst, is white and cold, what the Renaissance would have looked like if only the Medici had had the nous to hire John Pawson; the supersaturated colours of Bohemia produce the second act’s coup de théâtre, a lushly green tree, all soaring branches and spreading roots, taking over the entire back of the stage (and summoning the audience’s first unmediated applause of the evening). The return to Sicily, then, is all the more poignant as we leave the light and sun behind, via a dramatic boat chase cunningly created by Crowley, to Paulina’s recognition of Perdita (through an emerald pendant rather than a “fardel”), which may be one of the most dramatically moving moments of narrative dance since Kenneth MacMillan’s Mayerling.

This is not to say the piece is perfect: Wheeldon has difficulty bringing a scene to a dramatic close, and most fade away in a whimper; the balance between dance and exposition is uneven, Act I being overloaded with plot, Act II with pure dance; and there are several longueurs where earlier scenes are recapitulated dramatically or choreographically, and could effectively be cut (it’s a long evening). Joby Talbot’s score, on a single hearing, appears undistinguished and lacks the textures Wheeldon and Crowley find.

The real problem, however, is dance’s automatic acceptance of magic, which means Shakespeare’s dramatic climax, Hermione stepping down from her plinth, has little emotional impact. In an art-form jam-packed with vision scenes, this is just one more. While the first night’s Hermione, Lauren Cuthbertson, played the scene straight, the second cast’s Marianela Núñez was more profound, performing the same steps, but making clear the ambivalence of Shakespeare’s “reconciliation”, as Gartside’s Leontes, too, understood that second chances are not always what they appear.

Reality is also a starting point for English National Ballet’s contribution to the First World War centenary. In a mixed bill, Liam Scarlett has produced, to Liszt’s Harmonies poétiques et religieuses, a meditation on the machinery of war. No Man’s Land is set in a derelict munitions factory. A zigzag ramp among the shattered windows and abandoned work surfaces creates a point of entry that echoes the Kingdom of the Shades in La Bayadère, that nineteenth-century vision of predestined death. Scarlett’s choreography frequently allows the men and women to dance side by side, equals, instead of the more fashionable partnering style where the men fold and manipulate their women, and is delicately lovely and dramatically potent at one and the same time.

There is no delicacy in the programme’s closer, Akram Khan’s new piece, Dust, a shriek of rage of horror. Dust is awkwardly shaped, ostensibly unfinished and apparently clumsy – and may be one of the best new works to have been created in decades, a work of traumatic, epic power. Beginning in silence, a single anguished figure (Khan himself) writhes and twists across the floor, while the corps, drawn up in a line, gathers ever closer until – bang – they clap, and clouds of dust arise, brilliantly lit by Fabiana Piccioli. Only then does Jocelyn Pook’s evocative vocal score begin, as the line of dancers link arms to create a wave, a machine, a piston – a beautiful, and fantastically eerie moment. As the men move back to the trench behind them, heading up and over, the women are left behind in a percussive dance, both fierce and mourning.

Tamara Rojo, the company’s director, leads the women, and she scythes through space like a blade. David Bintley, in his new version of The Prince of the Pagodas, initially created for the National Ballet of Japan in 2011, and now brought to his home company, also creates strong women. Here is no sleeping princess, waiting passively for her prince. Bintley’s Princess (the lovely Momoko Hirata), deprived of her rights by her evil stepmother (Elisha Willis, enjoying the licence to chew the scenery) takes herself off to find the Salamander Prince (Joseph Caley) she has dreamed of, before together they fight their enemies to set the kingdom to rights.

The evening is full of splendid moments: Rae Smith’s gorgeous sets, half shimmering homage to Yukio Ninagawa, half in-joke Gilbert and Sullivan; Bintley’s tightly woven filigrees of choreography, not merely for his principals, but also a sublime Act II opener for a corps of clouds scudding across the stage, as well as possibly the best dancing sea horses it has ever been my privilege to watch.

That the moments never cohere to an artistic whole is attributable to Benjamin Britten’s score, which shifts all too rapidly from sinuously beautiful to staidly stereotyped. Many choreographers have tried to harness this intermittently glorious score; all have failed. Bintley has, however, failed better than anyone else. A notable achievement.