A Circle of Sisters 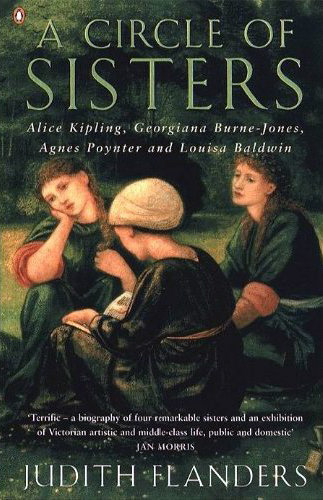 The Macdonald sisters – Louisa, Alice, Georgiana and Agnes – started life precariously stationed in the teeming ranks of the lower middle class. They were denied the advantages of a traditional education, or the expectation of social advancement. Yet, as wives and mothers, they were to connect a famous painter and a baronet, a prime minister and a poet. Georgiana and Agnes married, respectively, Edward Burne-Jones and Edward Poynter; Louisa gave birth to Stanley Baldwin, whilst Alice was the mother of Rudyard Kipling. They were the hidden threads that tied these men together.

“This is a terrfic book… The astonishing skill of its complex narrative, and the sustaining wealth of allusion and social comment, make it seem almost incidental that one of the sisters should have been the mother of a Prime Minister and another the mother of Rudyard Kipling.”
Jan Morris

Offering a rare glimpse of daily life in the nineteenth century – of how people lived and died, of how houses were run and children were raised – Judith Flanders prises open the secrets of a Victorian family, which she retells with wit, authority and flair.

Read Reviews of “A Circle of Sisters”

The London Review of Books