The Making of Home 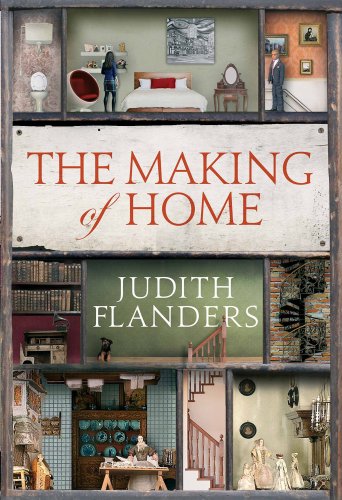 The idea that ‘home’ is a special place, a separate place, a place where we can be our true selves, is so obvious to us today that we barely pause to think about it.

But, as Judith Flanders shows in this revealing book, ‘home’ is a relatively new concept. When in 1900 Dorothy assured the citizens of Oz that ‘There is no place like home’, she was expressing a view that was a culmination of 300 years of economic, physical and emotional change.

In The Making of Home, Flanders traces the evolution of the house across northern Europe and America from the sixteenth to the early twentieth century, and paints a striking picture of how the homes we know today differ from homes through history.

The transformation of houses into homes, she argues, was not a private matter, but an essential ingredient in the rise of capitalism and the birth of the Industrial Revolution. Without ‘home’, the modern world as we know it would not exist, and as Flanders charts the development of ordinary household objects – from cutlery, chairs and curtains, to fitted kitchens, plumbing and windows – she also peels back the myths that surround some of our most basic assumptions, including our entire notion of what it is that makes a family.

Praise for “The Making of Home”

“[Flanders’} ambitious scope necessitates a narrative that sometimes whizzes by at breakneck speed but Flanders is at her riveting best when she gets right down to the housework. Flanders demonstrates how nakedly the measure of our social worth is laid out in domestic consumables. She is an efficient debunker of myths about poverty, family and the past. In her search for meaning she wipes the dust, clears the cobwebs and pulls the stuffing out of the cushions. It is in the down and dirty of the home that our hopes and delusions are revealed.”
Lucy Letherbridge, Financial Times

“…a hugely informative book, and worth reading for the feminist chapter on women’s changing roles alone. An absorbing read.”
Viv Watts, Daily Express