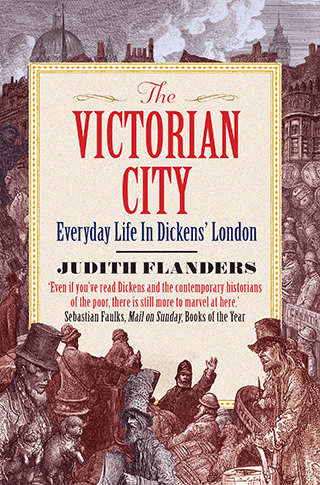 Victorian buildings still surround Londoners, so we are under the impression we know the Victorian city and how it functioned. But just as Flanders’ The Victorian House revealed the long-lost daily routines of the Victorian home, so now she describes the comings and goings of the world’s largest city. Calling on the magical eye of Charles Dickens, possibly the greatest ‘look-er’ the city has ever seen, Flanders takes her readers down the teeming city streets of the 19th century, conjuring up the once-common street-bands, street-sellers, street-walkers and street-children. How did passengers hail an omnibus? How were the streets paved before macadam? How did householders collect their drinking water? With these and other questions, Flanders brings back to life a city of pea-soup fogs, horse manure, and even gutters running with blood.

Praise for “ The Victorian City ”

A glimpse of Dicken’s London 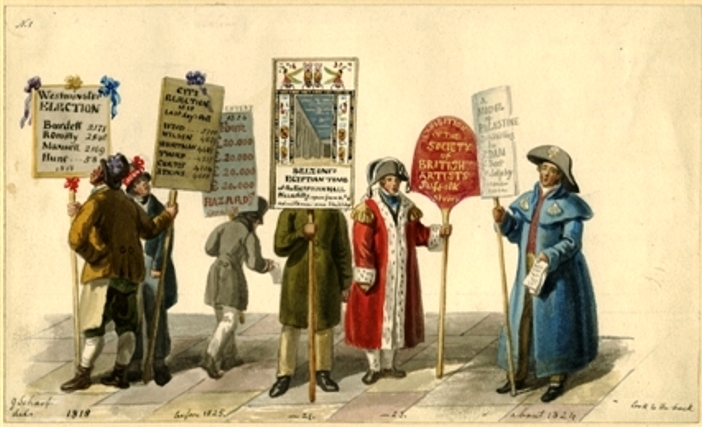 Dickens’ London was a place of the mind, but it was also a real place. Much of what we read today as the marvellous imaginings of a visionary novelist turn out, on inspection, to be the reportage of a great looker-on: give Dickens the name of almost any street, his contemporaries said, and he could ‘tell you all that is in it, what each shop was, what the grocer’s name was, and how many scraps of orange-peel there were on the pavement’. 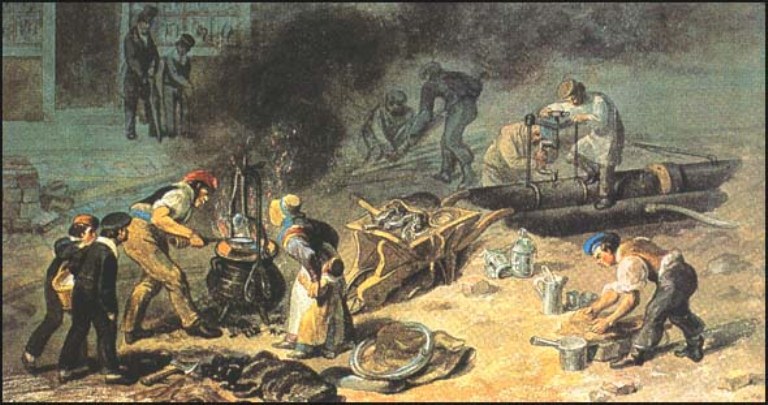 Within the single entity called London, many Londons were occurring simultaneously. At two in the morning at a street-vendor’s coffee-stall, young men on a night out might look for prostitutes, whom they might confuse with a milliner’s drudge returning home after another sixteen-hour-day, who in turn had passed street-children sleeping on doorsteps and under the railway arches; they, in their turn, foraged at four in the morning in the market refuse for their breakfast, nimbly avoiding the carriages of the wealthy, who were returning home from assemblies and balls, crossing the paths of the watercress-sellers heading for the markets before dawn, so that they could be on their suburban selling routes by six, to supply the households of the now-sleeping young men with their breakfast greens. Similarly London could be measured in hours as well as space, physically and metaphorically. Covent Garden was the location of the market and also the thriving vice trade; it was the centre that fed the populace and it also contained two of London’s most important theatres. Drury Lane, behind the market, was a byword for poverty and filth, while the Lowther Arcade, a few hundred yards away, was the haunt of the wealthy who lounged their days away looking at luxury goods to buy.

What was imagination and what reportage, has, as the city changed, blurred and become hard to distinguish. Jokes that Dickens’ readers would have understood, dry asides on the streets he and they walked so regularly for us lie deeply buried. Dickens’ London is an attempt to bring these details to the surface once more, to look at the streets of London as Dickens and his fellow-Londoners saw it, to examine its workings, to take a walk, in effect, through the city as it appeared in Dickens’ lifetime, from 1812 to 1870.

Mr Micawber, the young David Copperfield’s feckless but faithful friend, offered his services on David’s first day in London: ‘Under the impression…that your peregrinations in this metropolis have not as yet been extensive, and that you might have some difficulty in penetrating the arcana of the Modern Babylon…in short…that you might lose yourself – I shall be happy to call this evening, and install you in the knowledge of the nearest way.’ The arcana of the modern Babylon: like Mr Micawber, Dickens reveals to his readers the occult secrets of London, installing in us, his readers, the knowledge of the nearest, and best, way. The least we can do is follow him.