Whose review is it anyway? 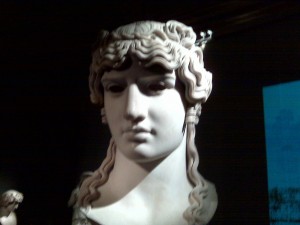 Peter Gelb, the Metropolitan Opera’s general manager, has complained that Opera News, the US’s largest-circulation classical music magazine, has run negative reviews of Met productions. The magazine, supported financially by an affiliate of the Met, has therefore decided, rather than run nothing but puff-pieces, that it will, instead, not review Met productions (here).

What is this, a lesson in how to shoot yourself in the foot? Gelb looks like an idiot. Readers across the country no longer receive independent views. And classical music, which struggles to find an audience anyway, is the only loser.

Gelb is, it must be admitted, beleaguered. He needs to raise a quarter of a billion dollars a year to run his ravening beast of an organization. But to me he has always sounded like he lives in a weird bubble. I heard him on the radio last year, talking about a singer ‘making her debut’ in a role. Except that I had seen her sing it the previous year at the Royal Opera House in London. So, I assumed, to him ‘a debut’ only counted when it was in America. Then he went on, saying she’d sung it in Chicago. So now nothing happens until it happens at the Met?

And now, we discover, once it happens at the Met, we’re not allowed to read that some people didn’t enjoy it. Or why.